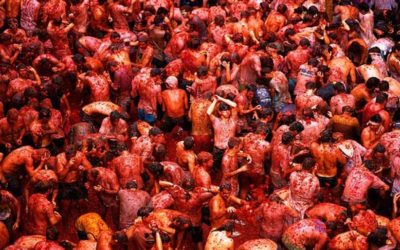 La Tomatina is a festival that is held in the Valencian town of Buñol, a town located in the East of Spain 30 km / 19 miles from the Mediterranean, in which participants throw tomatoes and get involved in this tomato fight purely for entertainment purposes. Since 1945 it has been held on the last Wednesday of August, during the week of festivities of Buñol.

The tomato fight (or La Tomatina) has been a strong tradition in Buñol since 1944 or 1945. No one is completely certain how this event originated, but there is one popular theory that disgruntled townspeople rioted and attacked city councilmen with tomatoes during a town celebration. Whatever did happen to begin the tradition, it was enjoyed so much that it was repeated the next year, and the year after that, and so on. Other theories include a food fight among friends, a juvenile class war between bare-footed Trotskyist macarras and upper class pijos from Madrid on summer vacation, a volley of tomatoes from bystanders at a carnival parade, a democratic protest against the city council and the ensuing aftermath of an accidental truck spillage. The holiday was banned in the Spanish State period under Francisco Franco for having no religious significance, but returned in the 1970s after his demise. In 1957, demand for the popular festival led to its becoming official, with certain rules and restrictions. These rules have gone through many modifications over the years.

Another important landmark in the history of this festival is the year 1975. From this year onward, “Los Clavarios de San Luis Bertrán” (San Luis Bertrán is the patron of the town of Buñol) organized the whole festival and brought in the tomatoes, which had previously been brought by the local people. Soon after this, in 1980, the town council took over responsibility for organizing the festival. 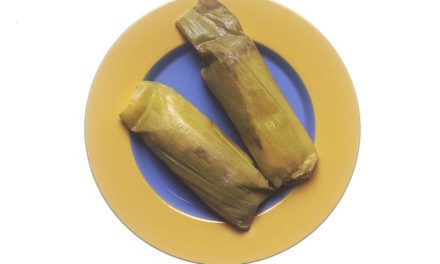